ZIG HOWARD SENTENCED TO LIFE PLUS 10 YEARS IN HISTORIC CASE 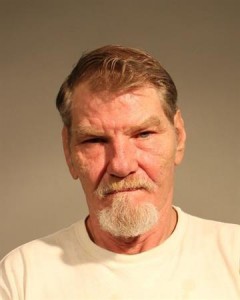 Zig Howard Sentenced to Life Plus 10 Years in Historic Case

Zig Howard , 63, of Raven, Virginia was convicted this past Friday in what Buchanan County Commonwealth’s Attorney Gerald Arrington called a historical case for his county.  After hearing evidence for most of the day, it took a Buchanan County jury less than an hour of deliberating before it returned guilty verdicts for the crimes of Abduction and Attempted Malicious Wounding.

During opening statements, Arrington vividly described the night of terror that Howard’s wife, Tammy Howard, would endure during the night of May 14, 2014.  Ms. Howard would later testify as to those horrific details, crying at times. According to Howard, she had taken her wedding rings off that morning and told her husband that she wanted a divorce.  She, her daughter, and her granddaughter then left and spent the day at her work place.

Around 6 p.m. the trio returned to their home.  Ms. Howard told the jury that as soon as she walked through the front door, her husband told her that “we are going to talk and you are going to sit on the couch and listen.” As the discussion continued, he became louder and louder, and more and more angry.  According to Ms. Howard, verbal abuse and physical abuse at her husband’s hands had been commonplace for much of their marriage. She testified that she could tell that it was going to turn violent so she told her husband that she would leave.  As she stood up to walk out of the home, he violently shoved her back onto the couch.

Ms. Howard testified that she tried to get up to leave several times, but that each time she tried to leave, he would shove her back down on the couch, and that during one of those instances, he grabbed her by the throat and choke slammed her back down.  Eventually, it escalated to the point that Zig Howard kicked over the coffee table and jerked the necklace that he had given her for Mother’s Day off of her throat.  She again tried to get up and leave, to which he responded “you are  going to listen to me one way or another.”

Soon thereafter, Zig Howard pulled what was estimated to be a 15 inch bowie knife out from under his chair and threw it at his wife, barely missing her head and leaving a gash in the wall.  After the knife landed in the floor, both of them went to pick it up.  Tammy Howard told the jury that her husband grabbed the knife, pushed her back onto the couch, held the knife to her throat, and said “I’m going to kill you…you will be dead by morning.” Tammy Howard told the jury that she begged for her life and fought as hard as she could to wrestle the knife away from her husband.

During this struggle, Tammy’s daughter grabbed a phone and car keys from the floor, took her daughter out to their vehicle, and called 911 for help.  When she came back into the trailer, Tammy Howard had wrestled the knife from her husband and yelled for her daughter to throw it outside so he couldn’t get it again.  The daughter through the knife out the door, where it was later found and secured as evidence by Deputy Cody Billiter of the Buchanan County Sheriff’s Department.

Deputy Billter testified that he based the charges on statements that he took from Zig Howard, Tammy Howard, and Howard’s daughter. He further told the jury that when he arrived, the grandchild was outside in the vehicle, that Zig Howard was in his chair, and that Ms. Howard was sitting on the couch and was very upset.  He testified that he found marks on her neck that were consistent with there being chocked, and that he found the knife that she described lying in the yard which was consistent with what Tammy Howard had told him.

During closing arguments, Arrington argued that as defense counsel had pointed out, every detail was important and that the little things did matter.  He went on to point out that while the defense had argued that the Commonwealth’s case hinged on the testimony of Ms. Howard, who the defense insisted wasn’t credible, if the jury looked at the little things such as Billiter’s observations, the knife mark on the wall, the location of the knife sheath, and where the knife was found, everything was consistent with what Howard’s testimony.

After deliberating for less than an hour, the jury returned with guilty verdicts on all charges.  During the sentencing hearing, the Commonwealth presented evidence of Zig Howard’s previous convictions for Sodomy, Aggravated Sexual  Battery, Object Sexual Penetration, Malicious Wounding, and a previous Domestic Battery against Tammy Howard. It took the jury only minutes to return with its recommended sentence of life in prison for abduction (which was a 3rd violent offense pursuant to Virginia’s little known “3 Strikes” statute) and 10 years in prison for Attempted Malicious wounding, the maximum sentences available under Virginia Law.

Gerald Arrington released the following statement, “First, I would like to extend my heartfelt thanks to the jury for their time, consideration, and deliberation in what was a horrific case. I would also like to thank them for their patience as this was the first time that anyone has been convicted in Buchanan County pursuant to the three strikes statute.  Because it is an obscure and rarely used statute, the verdict form and many of the jury instructions had to be custom drafted, which resulted in some delay.”

Arrington went on to state “I promised the citizens of Buchanan County that my office would be tough on repeat offenders and violent offenders.  Zig Howard is both. By using the three strikes statute, my office ensured that Mr. Howard received a mandatory life sentence and will never be a threat to any citizen ever again. For more than 4 years I have been keeping my promises to the people of this community and doing everything that is within my power to put violent criminals, sexual predators, and repeat offenders behind bars for many, many years to come. “