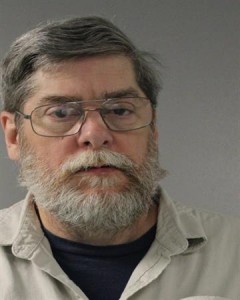 On Wednesday, a Tazewell County jury found Roy Darnell Vance, Jr., 55, of Tazewell County guilty of Inanimate Object Sexual Penetration of a Victim Thirteen Years or Younger and Aggravated Sexual Battery, being a Second or Subsequent Offense.  In December 2015, Gerald Arrington, Buchanan County Commonwealth’s Attorney, and his office were appointed as the special prosecutors for the charges against Vance.  After hearing evidence for most of the day, the jurors returned with guilty verdicts on all charges after deliberating for roughly two hours. The jury would ultimately recommend that Vance be sentenced to life in prison for the Inanimate Object Sexual Penetration and an additional twenty years for Aggravated Sexual Battery.

During the trial, the Commonwealth’s evidence showed that in 2014, the victim’s mother witnessed her 6-year-old daughter, the victim, rubbing her vaginal area while taking a bath.  Upon questioning the child, she responded, “that’s how [the Defendant] taught me to do it.” The Commonwealth’s evidence continued when the victim, now age 7, testified before the jury. She painstakingly described how the Defendant would allow her to play video games on his laptop in this bedroom, and, during this time, the Defendant had her lay on his bed, while he used his hands and what she described as a “buzz duck” to rub her genitals.

After the Commonwealth rested its case, the Defendant chose to testify in his own defense.  While adamantly denying the allegations against him, the Commonwealth pointed out to the jury that this is not the Defendant’s first offense.  In fact, the prosecution introduced evidence that Vance had previously victimized his own daughter, and as a result, had been previously convicted of two counts of Inanimate Object Sexual Penetration and Distribution of Child Pornography.  The Commonwealth further demonstrated to the jury that the facts of the two crimes are strikingly similar by pointing out that the victims were of similar age, that in both assaults Vance used inanimate objects, and that he told both girls, “Tell me if it hurts.”

When asked for comment, Buchanan County Commonwealth’s Attorney Gerald Arrington stated, “Child sexual abuse cases are some of the most difficult and heartbreaking crimes to prosecute…violating the innocence of a child is horrific, and it deserves the harshest punishments available.  When I first ran for office five years ago, I promised that I would vigorously prosecute child predators, and I am grateful for the opportunity to be able to extend that protection to the children of Tazewell County.”  Arrington went on to praise the excellent work of the Tazewell County Department of Social Services, and thanked Leanne Lambert for her assistance throughout all phases of the prosecution.