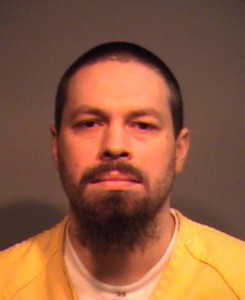 On June 5, John Haven Goble, 34, of Grundy, Virginia, was scheduled to appear in the Buchanan County Circuit Court for sentencing in connection with charges of Abduction and Assault on a Police Officer. While walking from the jail van to the courthouse, Goble’s father approached him and handed him two suboxone strips, a schedule III controlled substance.

As a result, Goble’s cases were set over to the following week for a sentencing hearing. At the conclusion of that hearing, Goble was sentenced to serve 6 years and 12 months in prison for the abduction and assault.  Last Wednesday, Goble appeared back in court to answer for the charge of Possession of a Schedule III Controlled Substance By a Prisoner.

At that time, the parties reached an agreement that resulted in Goble being sentenced to another 10 years in prison with 7 years of that sentenced suspended on his successful completion of 5 years of supervised probation.  The prosecution noted that this sentence would run consecutive to, meaning on top of, the seven years that Goble was previously sentenced to, for a total active sentence of 10 years in prison.

Commonwealth’s Attorney Gerald Arrington stated that, “I was very pleased with the results of this case.  Mr. Goble showed a complete disregard for our justice system when he attempted to obtain contraband on his way into court.  Hopefully, after serving a 10 year prison sentence, Mr. Goble will be more willing and determined to be a law abiding citizen.  If not, he has many years of suspended prison time hanging over his head.”  Arrington went on to praise the excellent work of the regional jail officers who detected the passing of drugs and stepped in to intercept the delivery.