CONSPIRACY TO COMMIT ROBBERY RESULTS IN 10 YEAR SENTENCE TO SERVE 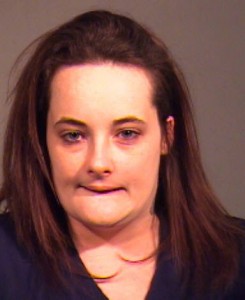 On January 29, 2014, Laura Click, 29, of Big Rock, Virginia was sentenced to spend the next 10 years in prison following a sentencing hearing in the Buchanan County Circuit Court resulting from her conviction for conspiracy to commit robbery.

According to Commonwealth’s Attorney Gerald Arrington, on November 23, 2011, David Gilbert and his girlfriend, Laura Click, conspired to rob Leroy Shortridge who was a distant relative of Click’s.  The duo drove to the camper that Shortridge lived in and attempted to rob him; however, a struggle ensued, and during this struggle, Gilbert struck Shortridge in the back of the head with a blunt object.  The pair then fled the scene. It is believed that Shortridge began walking out of the hollow for help but eventually succumbed to his injuries.

Click later came forward and assisted authorities in their homicide investigation.  As a result of Click’s assistance, Gilbert was later charged and convicted of murder in Shortridge’s death and sentenced to serve 30 years in prison.

At the conclusion of Click’s plea hearing, Arrington stated that “it was important to us to be able to solve this case and bring closure to Shortridge’s family. As a result of Click’s assistance, we were able to bring a murderer to justice. That being said, although Click’s information and testimony was invaluable, I could not ignore the significance of her crime.  She helped plan the robbery and therefore, must answer for her role in this tragedy.  As a result, she will spend the next 10 years in prison.”

Arrington went on to praise Special Agent Marcus McClanahan of the Virginia State Police and Investigator Carla Fletcher of the Buchanan County Sheriff’s Office for their hard work during the investigation of this case.