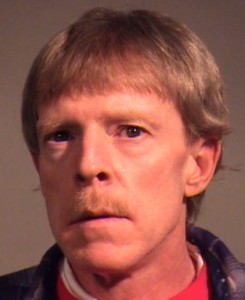 On January 29, 2014, Kevin Wayne Berglowe, 46, of Hurley, Virginia was sentenced to more than 35 years in prison following a lengthy sentencing hearing in the Buchanan County Circuit Court pertaining to his convictions for possession with the intent to distribute cocaine, possession of more than 5 pounds of marijuana with the intent to distribute, distribution as an accommodation, common nuisance, and violation of probation.

During the sentencing hearing, the Commonwealth introduced evidence and testimony that while working as a confidential informant for the drug task force, Kevin Berglowe was found in possession of more than 5 pounds of marijuana and more than 25 baggies of cocaine that were individually packaged for sale.

At the conclusion of the evidence, the prosecution argued that if there had ever been a case justifying a sentence well above the sentencing guidelines, Berglowe’s case was the one.  The Commonwealth pointed out that the Court often showed leniency in cases where the defendants weren’t major dealers but instead were selling a couple of pills to support their own habits, but that those sentences were reasonable only if the Court was heavy handed with a big dealer like Berglowe.

After hearing all of the evidence and argument, the Court sentenced Berglowe to more than 35 years in prison, with 10 years of that sentence being an active prison sentence.  After the hearing, Commonwealth’s Attorney Gerald Arrington stated that he believed that “it is always a significant achievement when you can get a drug dealer off of the streets for this long, especially one who is poisoning our community with cocaine. We took a tough stance in this case not only because of the quantity and danger nature of the drugs that he had for sale, but also because he was working as an informant for drug the task force and was supposed to be helping in the fight against drugs instead of knocking off his competition.  Although we had asked for, and hoped to get, a sentence in excess of 20 years to serve, we appreciated the Court’s sentence, which I believe reflected the severity of Berglowe’s crimes.”