Assaults on Two Deputies Results in 8 Years To Serve 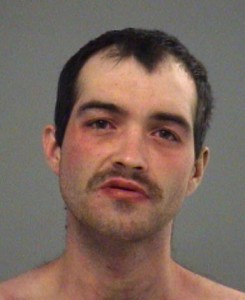 Last Wednesday, Timothy Lee Adkins, 30, of Hurley, Virginia, was sentenced to 15 years in prison with 7 years of that sentence suspended as a result of convictions for two counts of assault on a law enforcement officer and one count of escaping from custody.

According to police documents, on January 9, 2013, Buchanan County deputies arrived at the home of Ernest Adkins, father of Timothy Adkins, in reference to a domestic disturbance call.  The father advised deputies that Adkins was intoxicated and was in the home but refused to leave.  When deputies went into the home, Adkins pulled out a kitchen knife and stated that he was going to kill the deputies.  Adkins eventually put the knife down but when officers went to arrest him, he made a move for a second knife that he had in his back pocket.  After a short struggle, Adkins was subdued and arrested.

Deputies eventually placed Adkins in the back seat of Deputy Stanley McCoy’s vehicle and began transporting him to the Sheriff’s Office. As they began pulling out of the driveway, Adkins opened the door and jumped out.  He was then re-arrested and successfully taken to jail.

Adkins was ultimately sentenced to 15 years in prison with 7 years of that sentence suspended on the condition that he successfully complete 8 years of supervised probation upon his release.

In discussing the case, Commonwealth’s Attorney Gerald Arrington stated that “while Mr. Adkins is a young man and this is a lengthy prison sentence, we felt that a stiff sentence was necessary given the severity of the charges and the potential for severe injury to either Mr. Adkins or to the police officers who were attempting to subdue him.  The safety of our citizens and our law enforcement officers continues to be of paramount concern for me and for my office.”