Linda Keen To Serve 7 Years In Prison For Drug Distribution 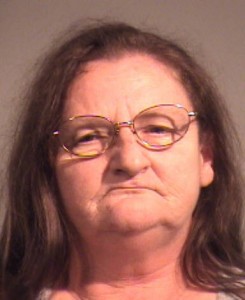 Linda Keen To Serve 7 Years In Prison For Drug Distribution

On June 25, 2012, Linda Marie Keen, 58, of Maxie, Virginia received a thirty three year sentence as a result of her distribution of drugs and violation of probation. Keen had previously pleaded guilty to distribution of hydrocodone on two separate dates in June and July 2011.

During the sentencing hearing, Commonwealth’s Attorney Gerald Arrington told the Court that “this case infuriates the Commonwealth” because Keen had been convicted of a sex offense involving her daughter in 1990, had violated her probation while in Florida, and then in 2005, “she moved to our state and began selling dope.” Arrington also pointed out that Keen had been convicted in the Buchanan County Circuit Court in 2010 of drug distribution offenses and, after having received only probation, was now back before the Court on new drug offenses.

Keen received a total sentence of thirty three years in prison and must serve seven and a half years of this sentence behind bars before she is released to complete seven years of supervised probation as a condition of her suspended sentence.

When asked about the case, Arrington remarked that “when I ran for office, I promised that my office would aggressively prosecute those who choose to sell drugs out of greed and profit, and Ms. Keen is a classic example of this. We were able to show that Ms. Keen didn’t have a drug problem, but instead was selling drugs to improve her lifestyle. In fact, at one point, she told the judge that she used the money she was making from the sale of drugs to help pay her court costs.”