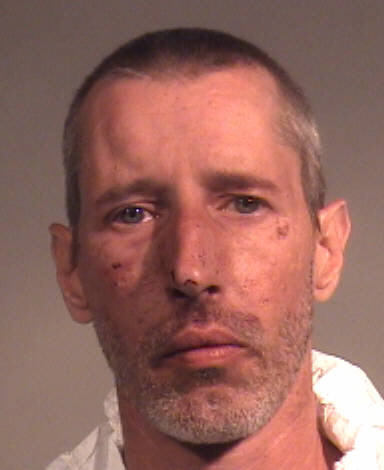 A Buchanan County man will likely serve 20 years in a Virginia prison after being convicted by a Buchanan County jury on Thursday in connection with the 2011 murder of a 37 year-old Raven, Va., man.

Buchanan County Commonwealth Attorney Gerald Arrington said Michael Harold Justus, 46, of Hurley, Virginia was convicted of second degree murder arising from the April 2, 2011 shooting death of Donnie Wayne Harris. According to Arrington, the jury returned its verdict on the third day of trial and recommended a sentence of twenty years in prison.

Testimony at trial revealed that Harris had moved in with his sister, Wendy Harris and her fiancé, Michael Justus in March 2011. The trio began drinking during the evening hours of April 1, 2011 and that sometime after midnight, Wendy Harris called a friend to come and pick her up because Justus was becoming very agitated. Ms. Harris then went out into the yard to wait on her ride and her brother Donnie came out to check on her. While the two were talking outside, Justus came out and began making threats and drew back his fist to strike his fiancé. At that point, her brother stepped in, and he and Justus wrestled their way into the home.

While in the home, Donnie Harris pinned Justus to the ground and began punching him. Wendy Harris broke up the fight and began trying to alert the authorities concerning Justus’ threats of violence. Evidence revealed that shortly after the fight ended, Justus went into his bedroom and retrieved a 9mm pistol, walked over to Donnie Harris, and pointed the pistol at Harris’ forehead. Justus coldly said “Ill teach you to mess with me” before firing a single shot that dropped Harris to the ground.
Autopsy results found that Harris died of a single gunshot wound to the forehead which was fired from a 9mm pistol estimated to be between two to eighteen inches away.

When asked for comment, Arrington stated “when I took office, I promised the citizens of our county that I would take a tough stance against violent criminals and I feel that this case shows a clear commitment to keep those promises. Mr. Justus claimed that he had acted in self defense but the evidence clearly and convincingly showed otherwise, and the jury agreed when it returned its verdict of second degree murder. We hope that this result will bring peace and closure to the Harris family.”