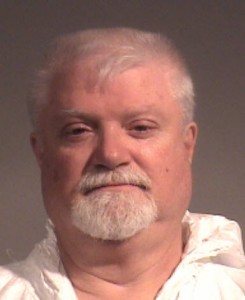 A Buchanan County man will likely serve a life sentence in a Virginia prison after being convicted by a Buchanan County jury Thursday evening in connection with the 2011 murder of a Hurley, Virginia man.

Buchanan County Commonwealth’s Attorney Gerald Arrington said Donald Martin Young, 62, of Hurley, Virginia was convicted of first degree murder and the use of a firearm during the commission of murder arising from the June 23, 2011 shooting death of Danny Paul Justus. According to Arrington, it took the jury approximately 30 minutes to return guilty verdicts on both counts. Following a brief sentencing hearing which included victim impact testimony from Justus’ widow and brother, it took the jury only ten minutes to return with a recommendation of life in prison plus three years, which was the maximum penalty allowed.

Testimony at trial revealed that Donald Young and his fiancé Donna Sue Justus were next door neighbors to the Danny Justus family, and that Donna Sue Justus was claiming an interest in various pieces of equipment that Danny Justus and others owned through the Justus Coal Corporation. Testimony also showed that over the course of a couple of years, tensions grew between the parties as a result of the financial dispute along with a right of way disagreement that was ongoing.

Neighbors reported that in the evening hours of June 23, 2011, they heard a large caliber gunshot that piqued their curiosity. They walked to the edge of their yard and saw a black Mercedes stopped near a body lying on the edge of the highway. The Mercedes then continued up the driveway to the Young residence.

In his statement to police, Young admitted to driving the vehicle but denied seeing the body or having any involvement in the shooting. At trial, Young changed his story and admitted to shooting Justus but claimed it had been done in self-defense.

During the Commonwealth’s case, Arrington introduced video from a badly burned security system that had been seized from the residence into evidence. This video showed Young carry a blue Wal-Mart shopping bag to his car, leave the home, and return minutes later with a large handgun. The video also showed Young changing clothes shortly after the murder.

The Commonwealth also introduced a video that Young had deleted from his cell phone which contained an audio recording of the murder. During the video, Young is clearly heard saying “are you brave now?” Approximately five seconds later, he cocks the hammer of the gun and fires a single shot before turning around on the highway and returning home. Autopsy results revealed that Justus died of a single gunshot wound to the face which had been fired from a .41 Magnum revolver.

During the sentencing portion of the trial Arrington argued that “for eight seconds, Danny Paul Justus had to stare down the barrel of this gun as he wondered if he would live or die.” Arrington also told the jury that the Commonwealth couldn’t imagine a more cruel and cold blooded murder than the one that was before them.

When asked for comment, Arrington stated “this case is an example of the tough stance that my office is taking toward violent criminals. Mr. Young claimed that he had acted in self defense but the evidence clearly and convincingly showed that he committed cold blooded murder, and the jury agreed when it returned its guilty verdict and recommendation of a life sentence. We hope that this result will bring peace and closure to the Justus family.”

Arrington went on to thank the jury for its service and praised the hard work of his staff and the officers of the Virginia State Police and the Buchanan County Sheriff’s Office.