COCAINE DEALER TO SERVE MORE THAN 8 YEARS IN PRISON 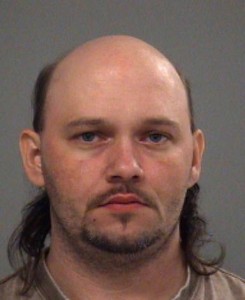 COCAINE DEALER TO SERVE MORE THAN 8 YEARS IN PRISON

Last week, Donnie Ray Hurley, 37, of Hurley, Virginia, was sentenced to serve more than 5 years in prison following a sentencing hearing in the Buchanan County Circuit Court pertaining to his convictions for distribution of cocaine, possession of cocaine with the intent to distribute, possession of a firearm while distributing cocaine, and failure to appear in court.  This sentence was ordered to run consecutive to the 3 year active sentence that he received earlier this year for distribution of cocaine and oxycodone.

On May 2, 2012, 29th Circuit Narcotics Task Force officers went to Hurley’s residence to arrest him on sealed indictments for distribution of cocaine and oxycodone and three counts of conspiracy to distribute narcotics.  As task force officers entered the residence, another officer, who was stationed on the back side of the home, saw Hurley drop a tan bag out of one of the windows.  When officers opened the tan bag, they discovered a bag of cocaine, more than $2000 in cash, and oxycodone and hydrocodone pills.  During their search of the residence, officers also found ad seized a .380 caliber handgun and .25 caliber handgun. Hurley would later admit that his only source of income came from his sale of narcotics.

In April of this year, Hurley was sentenced to serve an active 3 year prison sentence for the original narcotics distribution charges.  Last week, Hurley was sentenced to an additional 10 years in prison with 4 years and 8 months of that sentenced suspended on Hurley completing 4 years of supervised probation upon his release as a result of the cocaine and firearms charge resulting from his May 2 arrest.  At the request of Commonwealth’s Attorney Gerald Arrington, the Court ordered that the 5 year 4 month prison sentence run consecutive to the 3 year sentence that Hurley was already serving for a total active prison sentence of 8 years 4 months.

At the conclusion of the case, Commonwealth’s Attorney Gerald Arrington stated that he believed that “it is always a significant achievement when you can get a drug dealer off of the streets for this long, especially one who is poisoning our community with cocaine. We felt that Hurley was deserving of a lengthy sentence, despite this being a first offense, due to the dangerous drugs that he was selling and the fact that he was choosing to make a living by poisoning our community out of greed instead of working a real job like the rest of us.”