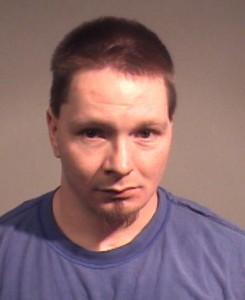 On Tuesday, Michael Shawn Bartley, 37, of Elkhorn City, Kentucky plead guilty to one count each of armed robbery, use of a firearm in the commission of robbery, eluding police, and attempted assault of a law enforcement officer and was sentenced to serve 16 years and 5 months in a Virginia prison.

According to police documents, on October 3, 2011, Bartley entered the Westwood Pharmacy in Grundy, Virginia, brandished a firearm, and demanded “give me all your oxy.” After Bartley collected what police estimated to be between 500 and 1000 narcotic hydrocodone and oxycodone pills, he left the pharmacy, jumped in a dark colored s.u.v. and headed west on US 460.

Pharmacy employees alerted police as to the robbery and a BOLO (be on the lookout) was issued.  Investigator Mark Lowe of the Buchanan County Sheriff’s Office was traveling on Poplar Creek Rd when he passed a vehicle matching the description of Bartley’s getaway vehicle.  Lowe then turned on his emergency lights and began pursuit of the vehicle up Poplar Creek to Southern Gap where Barley would eventually ram Lowe’s vehicle and temporarily escape.  Shortly thereafter, officers located Bartley heading westbound on US 460 and a high speed pursuit began that would ultimately end shortly into Kentucky.

Following the acceptance of Bartley’s guilty pleas, he was sentenced to 40 years in a Virginia prison with 23 years and 7 months of that sentence suspended on the condition that he serve 16 years 5 months in prison and successfully complete 10 years of supervised probation upon his release from custody.

When asked for comment, Commonwealth’s Attorney Gerald Arrington stated that “fortunately no one was seriously injured as a result of Bartley’s actions but this case shows the desperation and incredible lengths that some in our community will go to in order to feed their drug habit.  I was glad to see Bartley receive a substantial prison sentence, which was approximately one year over the highest end of the sentencing guidelines.  Hopefully this case will help to send the message that violent crime will not be tolerated in Buchanan County.”

Arrington went on to praise the heroic efforts of Investigator Mark Lowe, deputies of the Buchanan County Sheriff’s Department, and officers of the Virginia and Kentucky State Police in securing Bartley’s capture.