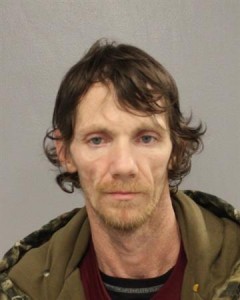 On August 26, 2015, James Caperton, age 41, of Vansant, pled guilty in the Buchanan County Circuit Court to Assault and Battery on a Law Enforcement Officer, Felony Elude (Attempted), Property Destruction greater than $1,000, Driving under the Influence of Alcohol or Drugs, Drive Suspended, Possession or Distribution of Drug Paraphernalia, and Possession of Marijuana.  Caperton’s cases are set for a sentencing on October 14, 2015.

The charges stem from Caperton refusing to stop at a Virginia State Police checking detail on Route 83 when told to do so by a state trooper.  After Caperton failed to stop, police initiated a pursuit during which Caperton’s vehicle struck one of the trooper’s vehicles.  Both Caperton and the state trooper were transported to the hospital to be evaluated for their injuries.

When asked for comment, Commonwealth’s Attorney Gerald Arrington stated, “the safety of our police officers is of great importance to me and to the prosecutors in my office.  These men and women risk their lives and safety to protect our community, and assaults on them and disregard for their authority must not be taken lightly.  Thankfully the state trooper in this case is good health, especially since this incident very easily could have ended with a far more tragic ending. ” Arrington went on to praise the excellent work of the Virginia State Police in their pursuit and apprehension of Caperton.