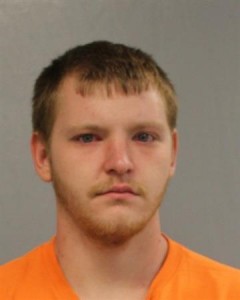 On August 26, 2015, Christopher Ramey, age 21, of Big Rock, pled guilty in the Buchanan County Circuit Court to charges of Grand Larceny, Possession Stolen Property with the Intent to Sell, and a Violation of his Probation.  Following a sentencing hearing, the Court sentenced Ramey to more than  thirteen years in prison, with three years of that sentence being an active sentence. Ramey will be on supervised probation for five years upon his release from incarceration.

During the sentencing hearing, the Commonwealth argued that this larceny, like a lot of thefts in our community, was fueled by drug addiction.  The Commonwealth’s evidence was that Ramey stole a weedeater and can of gas out of the back of a pick-up truck that was parked outside of Grundy National Bank in broad daylight.  Ramey and his accomplice then took the items to the Looney’s Creek area and tried to sell those items.

During argument, the Commonwealth pointed out that Ramey was on probation when he committed these offenses, and asked for a lengthy prison sentence.

When asked for comment, Commonwealth’s Attorney Gerald Arrington stated, this crime was fueled by addiction, and a sense of entitlement that is a part of the drug culture.  I have always believed that in life, you should work hard for what you have, and that no one has the right to take your property from you.  When I ran for office, I promised that I would pursue theft charges, do my best to make our victims whole, and see that justice is done.  Many members of our community work hard for what they have and they should be able to enjoy their property.  I will continue to fight the drug culture on this and every front.”