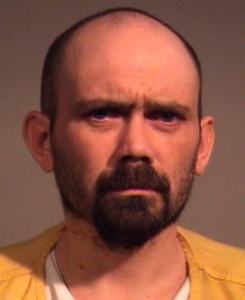 Kevin Paul Johnson, 34 of Cedar Bluff, Virginia, appeared back in the Buchanan County Circuit Court to answer charges arising from his flight from justice in August 2012.  The last time he was in court, he received an active sentence of 4 years and 3 months in prison.  At the conclusion of that June 2012 sentencing hearing, Johnson requested that he be allowed to remain free for 60 days in order to obtain treatment for some medical issues he was having.

Over the objection of the Commonwealth, the Buchanan County Circuit Court showed mercy by granting Johnson’s request.  Johnson was ordered to report to the Haysi Regional Jail by August 28, 2012. Johnson, however, failed to report to jail as instructed, which resulted in the Commonwealth requesting a capias for his arrest.  Johnson remained on the run until February 2013, when he was arrested on unrelated charges in Tazewell County.

During the April 30th hearing on his charges of failure to report to jail, the Commonwealth put on evidence that even before his flight from justice in August, Johnson had eluded authorities on a previous occasion for 2 years, and that because of this, the Commonwealth had objected to Johnson being released on bond at the June hearing.  Prosecutors argued that Johnson took advantage of the Court’s mercy by running from the law for 7 months and stated that there should be additional punishment for abusing that trust.

Ultimately, the prosecution asked that Johnson receive his entire suspended sentence and suggested that at a minimum, Johnson should serve five years in prison, which would represent two days in prison for every day that he disobeyed the Court’s order.

During closing argument, Johnson’s attorney pointed out the severe medical issues that he faced, and Johnson asked the Court to allow him to be released, yet again for a third time, on HEM due to these medical issues.

Prior to imposing sentence, Judge Patrick Johnson stated, “Well Mr. Johnson there is no question that you have serious medical issues.  I gave you 60 days to get those issues resolved.  At the time, the Commonwealth vigorously objected to that [but]I felt it was the humane thing to do. Given the circumstances that I am presented with here today, frankly, I find it incredible that you are back here asking for HEM again.”

The Court noted Johnson’s abuse of the leniency that it had shown, and sentenced Johnson to 15 years in prison with 9 years of that sentence suspend.  In total, Johnson will serve 6 years of active incarceration. One year and nine months of that sentence was a result of his 7 month flight from justice.

Commonwealth’s Attorney Gerald Arrington stated that, “I am very pleased with the Court’s sentence in this case.  Clearly the Court had compassion for Mr. Johnson initially, but recognized that Johnson was deserving of the lengthy sentence that we were asking for.”