2nd Annual Prosecutors For A Cure Flag Football Tournament Was A Success! 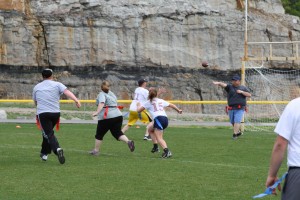 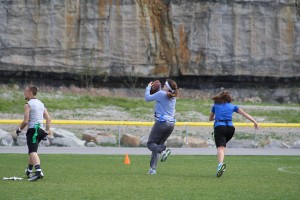 On Saturday May 4th, a number of local county residents came out to participate in the 2nd Annual Prosecutors For a Cure Flag Football Tournament.  The event raised more than $400.00 dollars for the American Cancer Society on behalf of their Relay For Life team.

While the event was held to raise money for a good cause, there was plenty of fun in the sun to be had by all.  A total of 6 teams took part in the 5 vs 5 double elimination tournament, which began at 10 a.m. that morning.  The teams were comprised of 5 men and 2 women, with the rules requiring that one lady for each team play on the field during every snap. The games lasted 30 minutes and took place on a narrow 40 yard field allowing the 5 player teams to effectively cover the field.

In the end, a very exciting championship game would come down to a 2 point conversion, with Team USA defeating the Honeybadgers 58-56.  Each member of Team USA received a first place medal and will have their team name engraved on the championship placard on display in the Commonwealth’s Attorney’s Office.  The Honeybadgers earned 2ndplace honors, and the Benchwarmers earned 3rd place honors.

At the tournament’s conclusion, Prosecutors For a Cure team captain Gerald Arrington awarded Team USA their first place medals and thanked all of the participants for helping to make this year’s tournament an outstanding success. 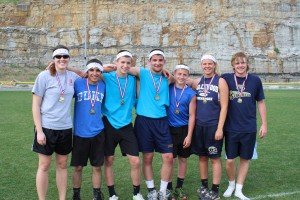 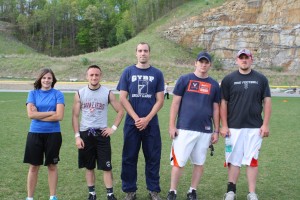 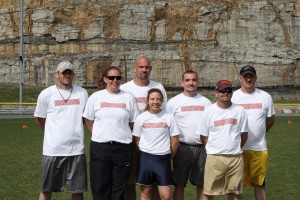