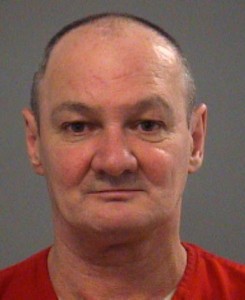 On March 13, 2014, a Buchanan County Circuit Court judge sentenced Gregory Mark Dotson, 59, of Hurley, Virginia to more than 117 years in a Virginia prison for his part in more than 20 felony drug charges, including 7 counts of distribution of a schedule II controlled substance. Dotson will serve eighteen years of this sentence before being released on indefinite probation as a condition of the suspended portion of his sentence.

During the sentencing hearing, Arrington suggested that “Dotson was the Wal-Mart of drug dealers. You can buy anything you want and there is always a lot of inventory.” In response to the Defendant’s argument that he deserved leniency for pleading guilty to save the taxpayers the expense of a trial, Arrington retorted that the “Commonwealth would have been more than happy to pay for Dotson’s trial” and that Dotson “pleaded guilty because he knew what a Buchanan County jury would do to him”

The prosecution pointed out that Dotson was facing a potential prison sentence of more than 400 years, and asked the court to impose “only” 40 years due to Dotson’s prior drug distribution convictions, lengthy criminal history, and because Dotson had been convicted of assaulting a Washington County jail official while being held on these drug charges. Ultimately, the Court sentenced Dotson to 117 years and 72 months suspended with 18 years of that sentence being an active prison sentence.

When asked for comment, Arrington stated that while he had “hoped for a bigger sentence, I was pleased to see the Court sentence Dotson to the upper range of the sentencing guidelines, which resulted in one of the biggest sentences ever for a Buchanan County drug dealer.  Dotson was a major drug dealer who played a significant role in the poisoning of our community.”  Arrington went on to praise the “excellent” work of the drug task force in this case.