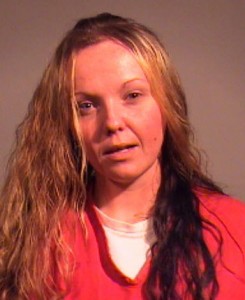 On April 15, 2013, the Buchanan County Commonwealth’s Attorney’s Office went after a former C.I. (confidential informant) who had gone rogue with both barrels blazing. Melissa Ranae Osborne’s case had originally been set for a jury trial, but at the last minute, she decided to allow the Court to sentence her instead of facing the jury that was scheduled to hear her case.

During Monday’s sentencing hearing, the Commonwealth put forth evidence showing that in 2001, Ms. Osborne had been convicted of grand larceny, and that in 2005, the Buchanan County Circuit Court issued a capias due to new criminal convictions in West Virginia and substance abuse issues while on probation. Ms. Osborne was held in West Virginia until 2010, when she was returned to Virginia to face the 2005 capias. At that time, the Buchanan County Circuit Court granted her a bond due to alleged health issues. Once again, Ms. Osborne fled and another capias was issued. She was arrested in 2011, and upon request from the Tazewell County 29th Narcotics Task Force, she was released on bond with Home Electronic Monitoring to assist them with several investigations. Ms. Osborne fled yet again.

Because of this conduct, the Buchanan County Commonwealth Attorney’s Office issued process against her for felony fail to appear. The Commonwealth presented evidence showing that while on probation Ms. Osborne fled custody 2 to 3 times, continued to abuse drugs, and committed new crimes, both in Virginia and West Virginia. The Commonwealth argued that Ms. Osborne deserved the full nine years of prison time that available to the court, but suggested that at the very least, the Court should revoke the four years of suspended time from the original conviction and impose a sentence above the high end of the sentencing guidelines on the new charge, which would result in a total active sentence of 6 years to serve in prison with no additional probation or suspended sentence.

The Commonwealth further argued that Ms. Osborne violated the trust of the Drug Task Force, the trust of the Court, and the faith of the public at large by completely disregarding the orders of the Court. At the conclusion of the hearing, the Court imposed a three-year active sentence, half of the Commonwealth’s lowest request, and placed the defendant back on probation. When asked for comment, Commonwealth’s Attorney Gerald Arrington responded that “while we had hoped for and asked for a much tougher sentence, I believe that this case clearly shows the tough stance that my office is taking against C.I.s who violate the trust of the police, the court, and most importantly, the public at large.”