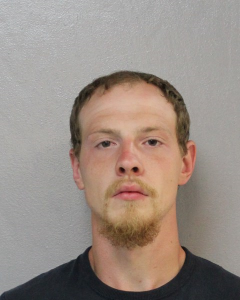 On June 15, 2017, Commonwealth’s Attorney Gerald Arrington presented the evidence to the General District Court which showed on eight different occasions Drummond utilized a Henry .22-lever action rifle equipped with a laser sight for illegally poaching animals.  During the investigation, officers with the Department of Game and Inland Fisheries found videos and pictures of Mr. Drummond with several of the animals.  Included in this evidence was a video where Drummond described his actions as, “Poaching 101.”  Also captured in the video is Drummond shooting a deer, transporting the dead animal to the Conaway Bridge, and laughing as he tosses the animal over the side of the bridge onto the road below.  While handing down the sentence, Judge Henry Barringer stated that, “There is no reason to kill animals in that nature,” and further characterized Drummond’s actions as “cruel.”

Commonwealth’s Attorney Gerald Arrington told the judge that this conduct was deplorable and, as an avid outdoorsman, he was personally offended by the conduct.  Mr. Arrington called numerous witnesses from the Department of Game to the stand to testify about how Drummond’s conduct affects the hunting and game populations in Buchanan County.  The Commonwealth’s evidence included testimony from Dr. Kalb, a scientist with the Department of Game, to explain how over a million dollars had been invested into the development of the elk population in Buchanan County, which is currently home to one of only two Elk populations east of the Mississippi.  Finally, the Commonwealth called Leon Boyd, President of the Southwest Virginia Elk Foundation and member of the Board of Directors for the Department of Game, to explain that the Foundation, through local companies and private donors of money, time and equipment, had contributed over $100,000 to maintaining the elk habitat in Buchanan County.

The Court ultimately suspended a portion imposed sentence, but the Commonwealth was glad the court imposed more than an active 6 months incarcerated sentence.  While the Commonwealth argued for an additional active sentence, it is the heaviest sentence imposed for poaching in Buchanan County.

Commonwealth’s Attorney Gerald Arrington stated that, “I want to personally thank the Department of Game officers and officials for all their hard work in investigating this case.  Further, I want to thank those same individuals, the Southwest Virginia Elk Foundation and all the persons and companies that donated their time and efforts in bringing elk to Buchanan County.  The presence of these animals creates a unique opportunity for young and old in our community to see one of God’s beautiful creations. ”