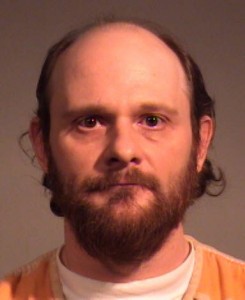 On April 17, Brian Eugene Gordon, 30, of Greenbrier was sentenced to more than four years in prison following a sentencing hearing in the Buchanan County Circuit Court pertaining to his convictions for forgery and the 2011 burglary of the Clevinger home in the Deel Fork section of Buchanan County.  This sentence will run in addition to a 3 sentence that Gordon received in Russell County as a result of these crimes violating his probation.

During the sentencing hearing, the victims, Billy and Marshell Clevinger, testified about the losses that they had suffered as a result of Gordon’s theft.  They told the judge that Gordon had stolen a number of family heir looms, some of which were gifts from deceased family members, and described how Gordon had robbed them of the peace and security that a person should possesses in their own home.

At the conclusion of the hearing, Gordon asked the Court to impose an alternative sentence, such as detention or SECOR, in lieu of an active jail sentence.  Gordon also requested that if the Court were to impose a prison sentence, to run the sentence along with 3 years he was serving for convictions that he had received in Russell County.

The Commonwealth objected to Gordon’s request for leniency, and instead argued that Gordon had chosen to support himself through public welfare and stealing.  The prosecution further noted that Gordon’s sole adult work history consisted of one job that he had held for roughly 6 months, and told the Court that Gordon had chosen to make his living off the backs of hard working citizens and if the citizens were going to have to support him, they should support him in prison where he will not be able to steal any more.”

After hearing all of the evidence and argument, the Court agreed with the prosecution and imposed a sentence of 25 years in prison with 21 years of that sentence suspended upon condition that Gordon serve four years in prison, and upon his release, complete the SECOR program and 10 years of supervised probation.  Further, the Court ordered that Gordon serve this sentence in addition to the 3 year sentence that he received out of the Russell County Circuit Court for his violation of probation.

Commonwealth’s Attorney Gerald Arrington stated that “the Court recognized the serious nature of Gordon’s crime and also recognized that sometimes defendants need to be sentenced to the high end of the sentencing guidelines.  Ultimately, the victims were pleased with the sentence, and I feel that this case is another example of my efforts to protect our community from thieves and rogues.”    Arrington went on to praise the hard work that Buchanan County Sheriff’s Office investigators had put into this case.