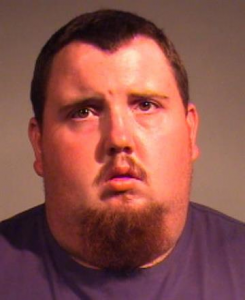 On January 27th, 2015, Bernard Joe Kennedy, 29, of the Hurley, Virginia was sentenced to 101 years of incarceration with 86 years of that sentence suspended on the condition that the Defendant be on active supervised probation for the rest of his life. Kennedy had previously pled guilty to two counts of Oral Sodomy on a child less than 13 years of age, Aggravated Sexual Battery, Indecent Liberties, and five counts of Displaying Grooming Materials to a Child.

During the sentencing hearing, the Commonwealth presented evidence that the Defendant invited a group of children into his home for popsicles. Once the Defendant got the child victim alone, he began showing her pornography on the computer, which is a technique known as “grooming” and is intended to make the child more comfortable with sexual activity. After showing her the pornography, Kennedy took the young girl to his bedroom. The Defendant then pulled the victim’s shorts aside and licked her vagina, and rolled her over onto her stomach and kissed her buttocks.

As soon as she left his home, the child immediately reported the abuse to her caretaker who in turn notified the Buchanan County Sheriff’s Department. The victim described the pornography to investigators, and Mark Lowe, an investigator who specializes in child pornography and computer crimes, examined the Defendant’s computer and found photographs that were downloaded on the day and time of the incident that matched the Victim’s description. After being confronted with the evidence the Defendant wrote a letter to the Victim which stated:

“I am sorry for what I have done and I will never do it again, and now feel like I do not want to live anymore”

The Defendant attempted to mitigate his actions by initially denying them, then claiming memory problems, and ultimately asserting that his confession was coerced. Kennedy also maintained that he had never showed the child pornography on the computer.  During the sentencing hearing, the Commonwealth proved all of these assertions to be untrue by producing transcripts of the interview which showed there was no coercion, and submitting the psychological exam that was conducted on the Defendant, which indicated that Kennedy had no memory problems. Finally, Lowe was called as a witness and his report from the examination conducted on the Defendant’s computer as well as some of the graphic pornography shown during the incident was introduced into evidence.

At the conclusion of the evidence, Commonwealth’s Attorney Gerald Arrington argued that the Defendant had essentially given the child a lifelong sentence by molesting her and that the emotional scars from her assault would be with her the rest of her life. Arrington further pointed out to the Court the difficulties that victims of sexual abuse often struggle with their entire life.